Four black-clad crooks — at least one of whom was armed with a gun — attempted to break into an ATM sitting inside a Philadelphia gas station store early Tuesday morning.

Despite their persistent efforts — kicking and pounding and tugging on the cash-dispensing machine as surveillance video recorded it all — the fearsome foursome eventually gave up and ran back to their getaway vehicles.

The sight of the four masked crooks exiting their two vehicles in front of the 52nd Street Gas Station and running into the store just before 2:30 a.m. gives one the sense that they mean business. 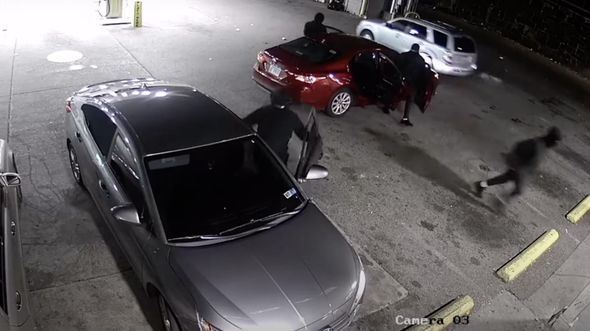 But business was about to go belly-up for them.

One member of the quartet immediately pulled a gun on the store’s clerk as another held the door, presumably in anticipation of a quick heist. 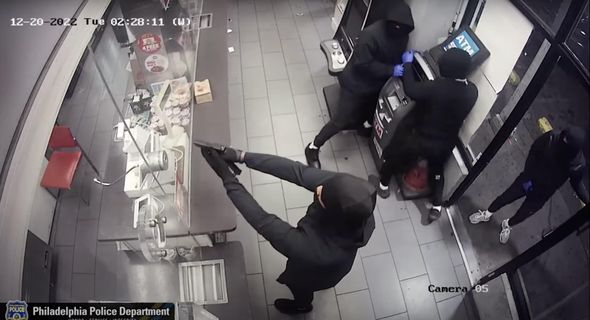 The only thing that was speedy, however, was the thugs figuring out they weren’t up to the task.

The other two fellows rammed their bodies into the ATM, kicked it over and over, and tugged at it with all their might, but they weren’t able to come up with what they wanted. 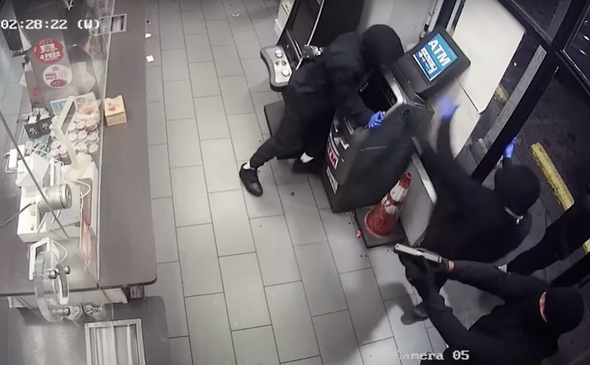 About 20 seconds later, they were hightailing it out of the store, getting back into their vehicles, and heading off into the night — a hilarious fail. 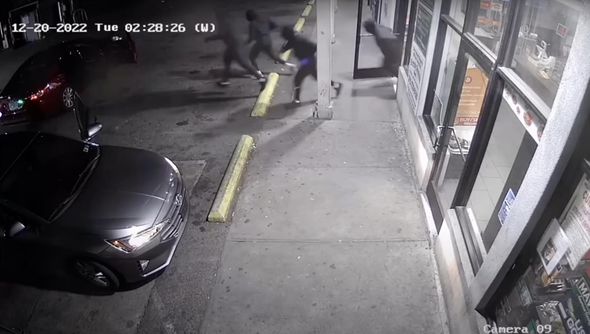 Philadelphia police asked for the public’s help in identifying this crew of amateurs, saying anyone with information can call police at 215-686-8477 or 215-686-3183. Folks also can text tips to PPDTIP (773847) or email them to tips@phillypolice.com. Interested parties also can leave anonymous tips.

Crooks targeting ATMs in the City of Brotherly Love haven’t always been successful.

Sure, a gun-toting masked man threatened a worker inside a deli while his accomplice dragged an ATM out of the corner market in the 200 block of West Olney Avenue last month — but another guy lost his life in 2020 while reportedly trying to blast open an ATM by Sidekicks Sports Bar.