A robbery victim stabbed to death a 15-year-old male who pulled a gun on him early Monday aboard a Chicago train — the second time in three days that a city train passenger fought back with a knife against attackers.

A man was aboard a Red Line train near 63rd Street just after 3 a.m. when a group of seven approached him, and one member of the group — the 15-year-old male — pulled out a gun in an apparent attempt to rob the man, WBBM-TV reported, citing Chicago Police Chief of Detectives Brendan Deenihan.

“So you have this individual on the train. You have a group of seven people. One of them ups what appears to be a handgun based upon the evidence that has been given to us … by [Chicago Transit Authority]. At that point, the person who appears to be being robbed takes out a knife, stabs that person with the gun. That person is now deceased,” Deenihan said. 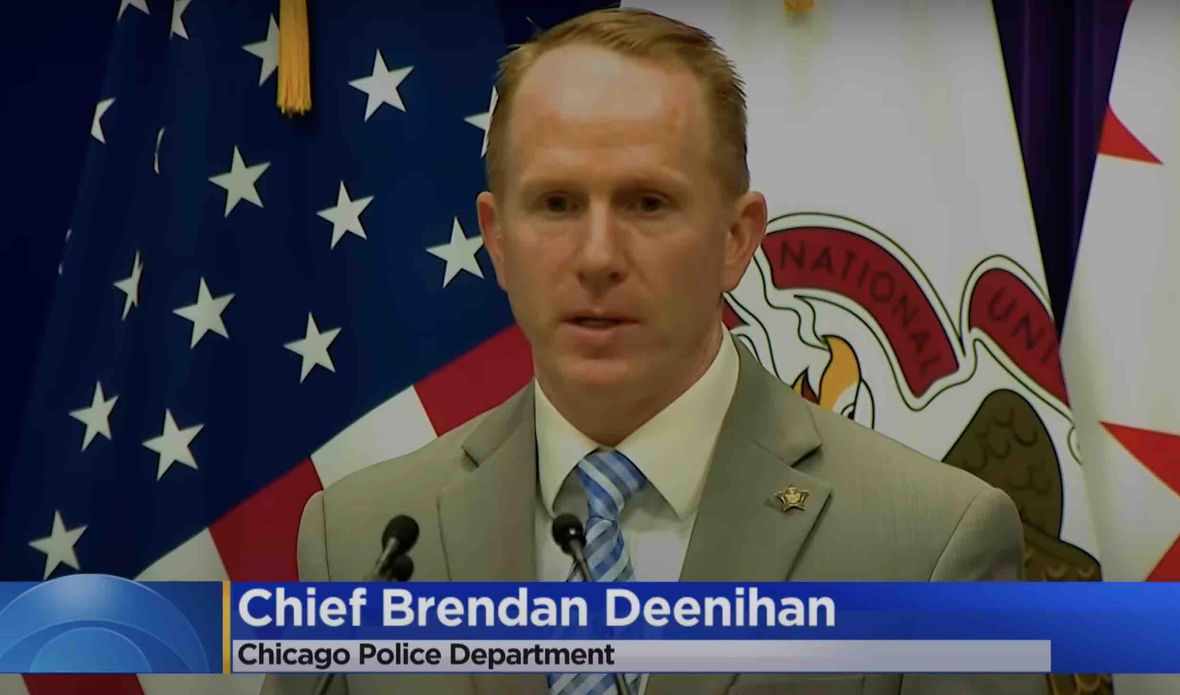 WBBM said both the man with the knife and the group that confronted him fled the scene.

The stabbed teen ran for help and made it to the 6300 block of South Yale Avenue, where he collapsed, the station said, adding that he was taken to University of Chicago Medical Center, where he later died.

“When that person is leaving, they place the gun somewhere, and one of the other individuals in the group that was with that individual picks up that apparent weapon and flees the scene,” Deenihan added, according to WBBM. “Everybody fled the scene.”

Deenihan noted to the station that detectives are trying to identify everyone involved in the incident; no arrests have been made.

“These offenders need to be captured and brought to justice to send that message you will be held accountable for any crimes that occur on the CTA,” Police Superintendent David Brown said, according to WBBM.

Is a trend developing?

The station said it was the second time in three days that an individual used a knife to fight back against attackers on a Chicago train.

The 42-year-old victim got on a train at Addison Street on the North Side around 2 a.m., when three people tried to take his cellphone and began attacking him, Supt. Brown said, according to the Chicago Sun-Times.

During the struggle, the victim took out a small knife and stabbed one of his attackers in the back, the paper said.

At the North/Clybourn stop, the three robbers left the train as a fourth person entered it and began attacking the victim, Brown added to the Sun-Times, after which the victim stabbed that attacker in the neck, and the attacker stabbed the victim in the collarbone.

With that, six suspects began chasing the victim around the train platform and train cars, Brown said, according to the paper. In addition, two of the suspects hit the victim in the head with a glass bottle and other objects, Brown added, the Sun-Times said.

Three of the six robbers were hospitalized, the paper said, adding that the victim was hospitalized in serious condition. He suffered stab wounds and cuts, Patch said.

‘Do not fight back. Be compliant’

CTA Vice President of Security Kevin Ryan told WBBM the self-defense exhibited aboard city trains isn’t wise: “What the Chicago police will tell you to do — do not fight back. Be compliant. Do not put yourself in harm’s way further.”

Ryan told WBBM up to 250 unarmed security guards are patrolling the CTA system daily; the station said the stated goal is to have 300.