Authorities said Joel O’Grady, 38, and Julian Falkinburg, 21, both of Sanford, were wanted on charges of aggravated battery for reportedly beating 36-year-old Tyler Kaltenbach during a fight at the Granville Farms wedding venue in Lake Helen on Sept. 3, the station said.

O’Grady and Falkinburg both have extensive violent criminal histories, authorities added to WOFL. 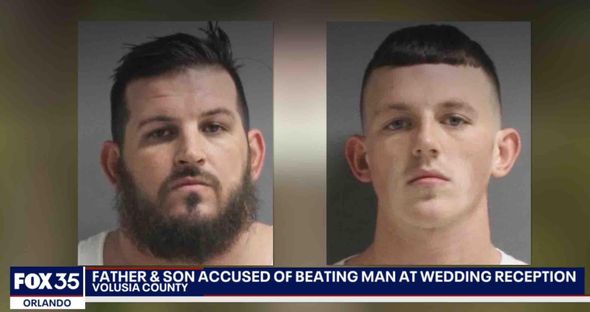 Conditions of their release require them to have no contact with Kaltenbach, WOFL added.

What allegedly went down?

According to a 911 call, Kaltenbach was found in the wedding venue’s parking lot barely conscious, the station said. 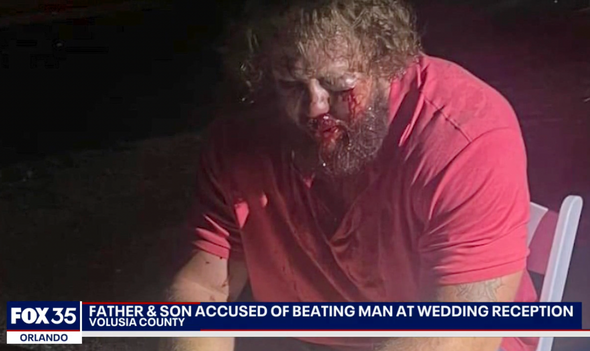 “This isn’t like a punch,” Volusia County Sheriff Mike Chitwood told WOFL. “This is, the guy goes down, and then you stomp on him ’til he’s unconscious. This could have very easily been a murder. Somebody could have ended up with significant brain damage. We see these things happen all the time.”

The station said the victim and suspects know each other, but it’s unclear what triggered the fight.

“They’re our scumbags of the week,” a man, presumably Chitwood, told WOFL off camera in regard to the suspects.

Kaltenbach faces a long road to recovery and will have to undergo facial reconstructive surgery, Sara Howeller, his family’s attorney, told the station.

“Dental work is going to be extensive,” Howeller told WOFL. “All of his upper teeth were kicked out. Many of his lower teeth.” She added to the station that “even after [Kaltenbach] was unconscious and not able to defend himself, [the attack] continued.”

The following news report ran prior to the arrests of O’Grady and Falkinburg: