A Powerful Tool Every Urban Survivalist Should Carry

Urban survival is a very different animal than wilderness survival. One of the biggest standouts is the fact that you can use a good machete and a good axe to make your route through most of the forest in America. Sure there will be some thick brambles that you may decide to go around but most of the American wilderness can be dealt with using these tools.

In urban survival, the word that always stands out is “access”. The more access you have in an urban survival situation the more freedom you will have. Access in the urban environment is much different than the wilderness. Here you have to face off against fencing and concrete.

11 in 1 Multitool for Urban Survival

Amazon has an 11 in 1 multitool that will give you about as much access to the urban world as anything else on the market. 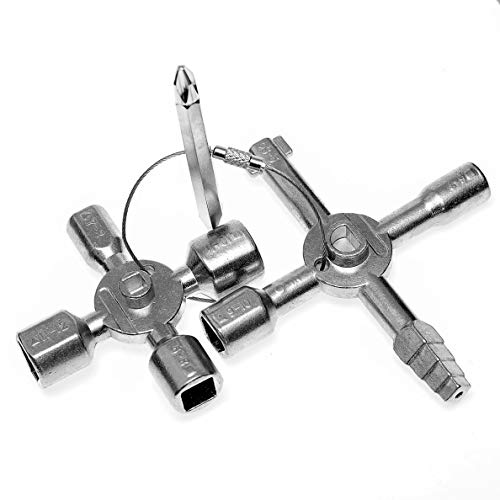 This incredible tool gives you solutions for gas and water valves, elevator and subway access, a slew of sizes and shapes that can be used in the urban environment.

The tool is dirt cheap and is easy for anyone to get a hold of. There is really no excuse not to carry this great tool.

If you are to win in the urban environment you are going to need tools for access. When building a pack be sure that you include some options for building access.

In urban survival its always going to be important to conserve your best resource and that is the human resource. The threats will be greater and the margin for error much smaller in an urban survival scenario.

Your best option is probably to get yourself out of an urban survival situation as quickly as possible. It is an environment that could nearly impossible to survive long term. Permanent link to this article: https://www.shtfpreparedness.com/a-powerful-tool-every-urban-survivalist-should-carry/