When the time comes and you’re breaking open the food stores and weapon cache, your stockpiled ammo will be just as valuable – and likely necessary – as storing drinkable water. Unlike food and water, you need to store ammo like you’ll never have another opportunity to buy or find it again. But how much ammo for SHTF is enough? To answer that, we need to look at calibers, types of firearms, and needs.

Finally, we’ll give guidelines for the minimum amount of ammunition you should keep around.

How Much Ammo for SHTF is Enough?

You can never have too much ammo. If the floorboards are creaking from the weight, move your cache into the basement or underground. You should maintain the minimum counts of the following types of ammo:

Plenty of other guides give out arbitrary numbers like these. So, how did we arrive at these figures?

Let’s dive into the expectations and guidelines that made us arrive at these numbers. Part of the prepping mindset is hoping for the best but preparing for the worst. If you’re a truly effective prepper, you must assume that if you wind up in a survival situation, it will be a long-term and draconian environment.

For the sake of ammo, that means likely engaging in self-defense shooting and regular hunting excursions.

According to this analysis, a person in a self-defense situation will require 13.6 rounds fired (on average) to incapacitate an armed attacker. Keep in mind this is for a single attacker.

In a survival situation, you will encounter groups of individuals. And those groups share common, often competing and hostile, goals.

In fact, this statistic is likely why the FBI adopted the high-capacity 9mm cartridge, replacing the bulkier .40 S&W for more ammo in each magazine.

You can expel dozens of magazines in a close-quarters shooting situation when defending yourself and your property.

In combat environments or firefights, ammo use increases dramatically with distance and the fog of war. Statistics suggest that in modern urban combat theaters like Iraq, an average of 250,000 rounds are required per insurgent killed.

This average is extreme and skewed because of automatic and crew-serve weapons. But this writer’s personal infantry experience overseas says that you should expect to expend up to a full “battle load” (270 rounds or nine 30-round magazines of 5.56 NATO or centerfire rifle ammo) regularly, just to kill a single armed aggressor at engagements between 50 and 250 meters. That covers most modern urban fire-fights.

By these numbers, you could expect to deplete your weapons’ ammo cache relatively quickly.

You probably won’t wind up fending off attackers on a daily basis, a la Mad Max. But is the risk of engaging in at least one to two defensive shooting scenarios possible, even likely, as the situation drags on? Yes.

Those 1 or 2 encounters, if realized with multiple aggressors, could force you to burn through dozens of magazines, if not hundreds of rounds of ammo.

The average American deer hunter requires between 1 to 7 rounds fired before he or she snags some antlers. An aggregate study of data collected over the past few decades indicates most hunters require 3.1 shots per deer.

We’ll keep it simple. In a survival scenario that spans up to months and seasons, a few hundred rounds of hunting ammo per gun is a sure guarantee that you’ll never run out of the resources required to gather food.

All of the guns in America are owned by 25% of the population. Half of all guns are owned by 3% of Americans. That means around 7.7 million Americans own anywhere between 8 to 140 firearms each. What side of the chart are you on?

The data shows the types of firearms owned typically includes at least three centerfire rifles, at least two to three handguns, and one to two shotguns.

How Many Rounds to Stockpile

Extrapolating these data across our suggested totals for your ammo stockpile, that leaves about a ballpark figure of 400 to 800 rounds of ammunition per firearm.

Calculating fast n’ loose, that leaves enough ammo per firearm for multiple defensive and hunting encounters without ever expending more than 50% of your total stockpile. Hunting and defense are the two reasons you need to stockpile ammo in the first place. Additionally, fill your cache based on the rifles, pistols, and shotguns you actually own.

There are endless weapon makes and models (and calibers) to pick from. We’ve listed the cartridges we believe to be the most useful and valuable for the SHTF-minded prepper experiencing a survival situation.

Putting the cart before the horse may make sense, here. If you’re new to the game or you don’t yet own any firearms, use this guide as the foundation for picking the guns and ammo most valuable for your setup.

For small game, nothing beats the small but mighty .22 LR.

It’s been a favorite among varmint hunters since its inception. More importantly, it’s cheap and plentiful.

Whether you’re in an urban environment or way out the sticks, a few boxes of .22 LR for your favorite Ruger or Henry will be invaluable in an ‘SHTF’ scenario, no matter where, when, or how dire.

Hunters across America have used this legendary deer cartridge for nearly a century.

It packs a load of powder to make high velocity and accuracy at distance. Likewise, it’s suitable for most American antlered game.

It’s not as common as some of the other calibers we discuss. However, if you already own the bolt gun and need confidence in taking game at long range, it’s a great caliber to stock up on.

Once a proud battle rifle cartridge, the .30-06 Springfield is one of the most popular non-magnum rifle rounds still in circulation today.

This is a big, expensive round. But if you’re stalking moose or bear, you need it in your arsenal.

Managing to snag some venison during the apocalypse could be a lifesaver. However, investing in modern defensive rounds is what’ll truly set you apart from disaster.

Many of these cartridges serve just as well as hunting rounds, and they’ll be the focus of this guide.

The gold standard in any prepper’s arsenal. By raw numbers, 5.56 NATO and its commercial counterpart, the .223 Remington, might be the two most popular rifle cartridges in existence.

Little introduction needs to be made, here. If you’re reading this, you probably already own an AR-15 (or, like a smart prepper, you keep yours off the books with some 80% lowers).

Even if you don’t own a black rifle, it pays off to store some of these .22-cal centerfires.

The 7.62 NATO and its commercial equivalent, the .308 Winchester, remain two of the most popular .30-caliber rifle cartridges in circulation. They have been used by the U.S military for nearly 75 years.

More importantly, these two rounds and their available rifles comprise the most affordable and accessible .30-caliber setup you can find just about anywhere. The right loads can even defeat body armor. That makes them perfect for the stockpile.

Call it 9mm Luger, it’s all the same: The 9mm Parabellum cartridge is one of the most popular and compatible pistol cartridges on the market.

If you can list a handgun make and model, chances are high that it comes available in 9mm. If that’s not all it was made to shoot.

The 9mm cartridge burns its powder quickly, it packs a punch, and it can maintain MOA accuracy beyond 100 meters with the right setup.

Many black rifles and pistol-caliber carbines like the AR-9 are now configured using the Parabellum cartridge. So it only makes sense to keep it around for its versatility.

Before you cry foul that 12-gauge shells are hunting rounds, hear us out. In an SHTF situation, you will likely engage targets with your firearms in a defensive capacity long before you ever pull the trigger on a wild animal.

A 12-gauge is an effective cartridge for virtually any American game. In contrast, it makes for an even better close-quarters deterrent when collateral damage is of little concern.

Of course, shot shells take up a lot more space than any rifle or pistol cartridge, which finally brings us to the important points. Figuring out how much ammo you must store is just one half of this equation. The other, equally important half is figuring out how to safely store all that ammo so it never goes to waste.

Cold, Dark, and Dry Is Best

If you properly seal and store your ammo in a consistently cold, dry, dark environment, it will outlast you.

Long-term exposure to things like temperature changes, UV light, and moisture can break down the chemical compounds in gunpowder and primers. Sealed primers can also fail, brass can corrode, and the result is usually a dead round in the chamber.

That typically means storing your cache underground, like a basement or storm shelter. If you don’t have access to either, burying your ammo is not out of the question (just don’t bury it all; always leave some readily available).

These cans are perfect. They were made for long-term ammo storage.

U.S. Military ammo cans are also cheap and plentiful, they’re made from steel, coated with weatherproof paint, and sealed with thick rubber O-rings to make them waterproof.

Not-quite-Pelican-cases, like the Condition 1 Hard Case, work just as well for a fraction of the price, too. These TPO plastic containers are also waterproof, shock-proof, and completely weatherproof.

They can even be buried easily, and sport locking latches to keep curious hands away. These cases can hold thousands of rounds, potentially storing your entire cache in an easy-to-transport box.

This writer personally recommends them, and he stores his dozens of 5.56 magazines and 20-round American Eagle boxes in one, just for that “what if” moment.

DO NOT Forget Desiccant Packets

These packets absorb moisture and protect your ammo’s primers, gunpowder, and casings. They’re reusable and can be baked in the oven to cook off moisture before being returned to your cache. You need these, especially if you live in a humid environment. 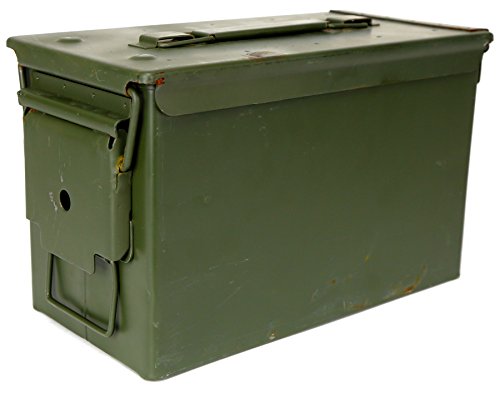 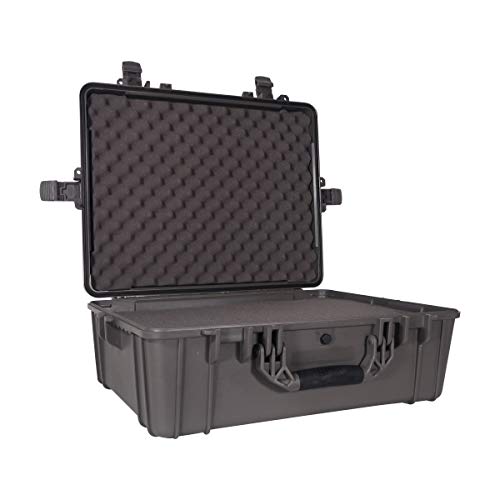 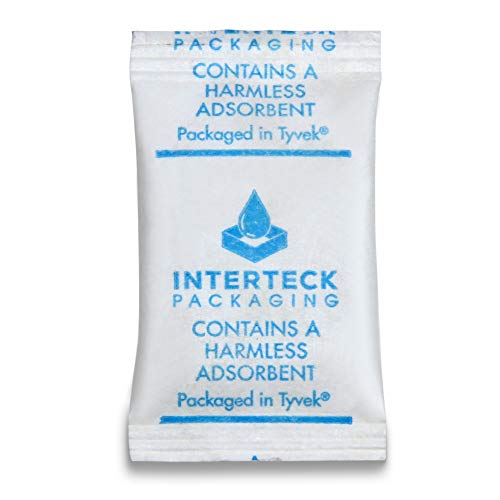 Lastly, it’s a good idea to review ammo laws in your state. It’s important that you don’t open yourself up to a visit from the feds. Yes, it has and does happen – especially to smart folks like us, who tend to buy ammo in bulk.

This research report from Connecticut’s Office of Legislative Research covers many current state-specific ammo laws, too.

These statutes cover just about every federal ammunition law on the books. Likewise, they will help you make sure you’re not getting into any illegal cartridges or transactions. You’re officially armed with the ammo knowledge you need to stockpile.

So, we’ve covered the big points on the burning question you’ve been asking: How much ammo for SHTF is enough? Here are the numbers one more time:

Remember these key takeaways: Keep at least 400 to 800 rounds per firearm in your stockpile. Focus on storing defensive ammo more; you can use it to hunt, too. Store your ammo in a cool, dark, dry place that’s about 75 degrees (F) or lower. Use desiccants to absorb moisture.

Now, it’s time to stock up on ammo!