A suspect pushed a man onto the subway train tracks in the Bronx over the weekend and ran off, but witnesses rescued the victim just before a train arrived.

Surveillance video shows the suspect on the platform of the East 149th Street station around 11:50 a.m. Saturday as the victim — a 26-year-old man — was waiting for a northbound No. 6 train, police told the New York Post.

Initially, the suspect made a sudden move as the victim walked by in what may have been an attempt to attack the victim, but the suspect suddenly stopped and didn’t go through with it. 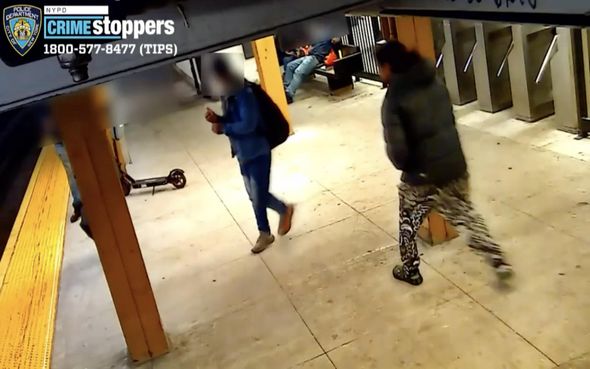 Seconds later, after the victim walked closer to the edge of the platform, the suspect ran at the victim and shoved him from behind, causing the victim to fall upon the tracks, the Post said, citing police. 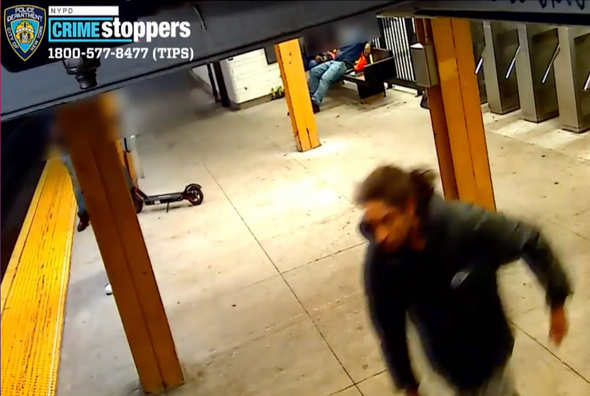 The video doesn’t show the actual shove but does show the suspect running off after the deed.

The No. 6 train was arriving at the station at the time of the shove, but the Post said witnesses helped the victim get back up on the platform, and he wasn’t struck by the incoming train.

Police said the victim injured his legs, WNBC-TV reported. The paper said he was taken to Jacobi Hospital in stable condition.

Police released photos of the suspect and asked anyone with information about the incident to call the NYPD’s Crime Stoppers Hotline at 800-577-TIPS, the Post said.

In October 2021, a woman was caught on surveillance video pushing another woman into a moving subway train in New York City.

While the victim didn’t fall onto the tracks, she did smack her face against the side of the car before falling backward on the platform, investigators noted. WABC-TV reported that the victim was taken to the hospital with serious injuries to her face and legs.

WABC reported that such attacks increased in 2021 compared to 2020.