A pair of thugs got a pre-Halloween scare Sunday night after bashing a 6-foot-2 man in the back of his head on a San Francisco street with what the victim later described as a “metal” object.

Sure, the impact knocked Richard Titus to the ground — and left a significant wound that required five staples to close it — but he got up and punched one of the attackers, after which they likely figured they’d lose this fight and ran away.

Titus told KPIX-TV he had just parked his car in the area of Sutter and Baker Streets and took a short walk to a friend’s home around 9:30 p.m.

“I was walking up the street, minding my own business, I heard some footsteps behind me, and then suddenly ‘bam’ — I got hit in the back of the head with something metal [and] went down on all fours,” he told the station. “When I got up, I turned around, there were two assailants. One holding a bar and one not. The one not holding something was closer to me, so I took a swing at him.” 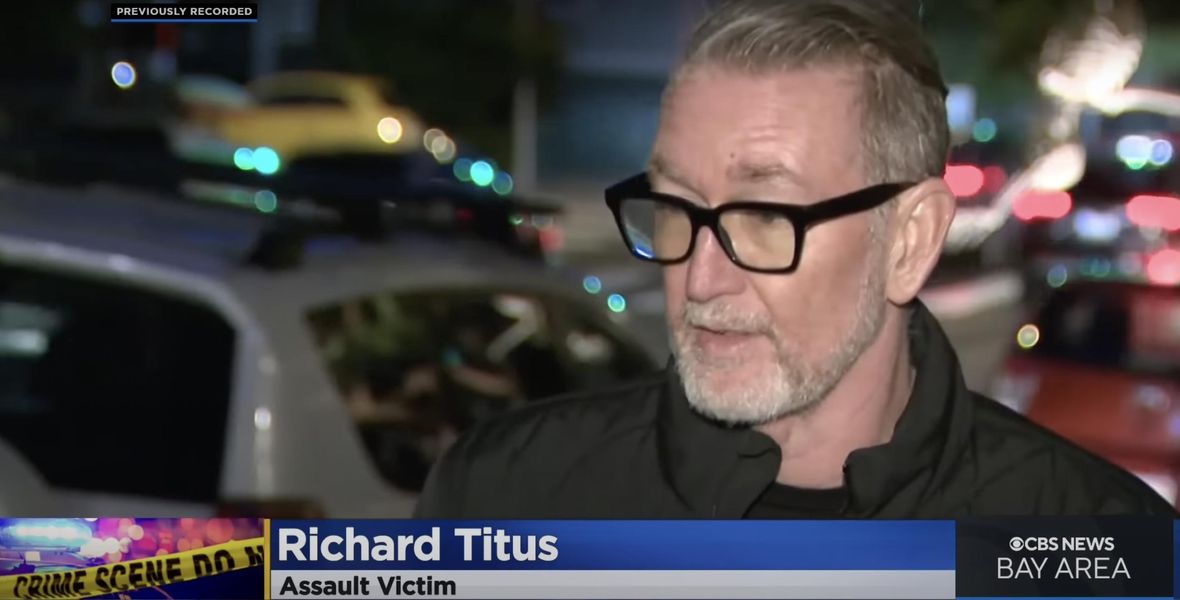 Titus was more specific with KRON-TV, chuckling as he recounted that “I punched him, as you do.”

KRON added that Titus believes his reaction surprised his attackers, scaring them enough to run away. KPIX said he believes the suspects may have been after his rare wristwatch. It’s a 1968 Rolex Daytona, according to KRON. 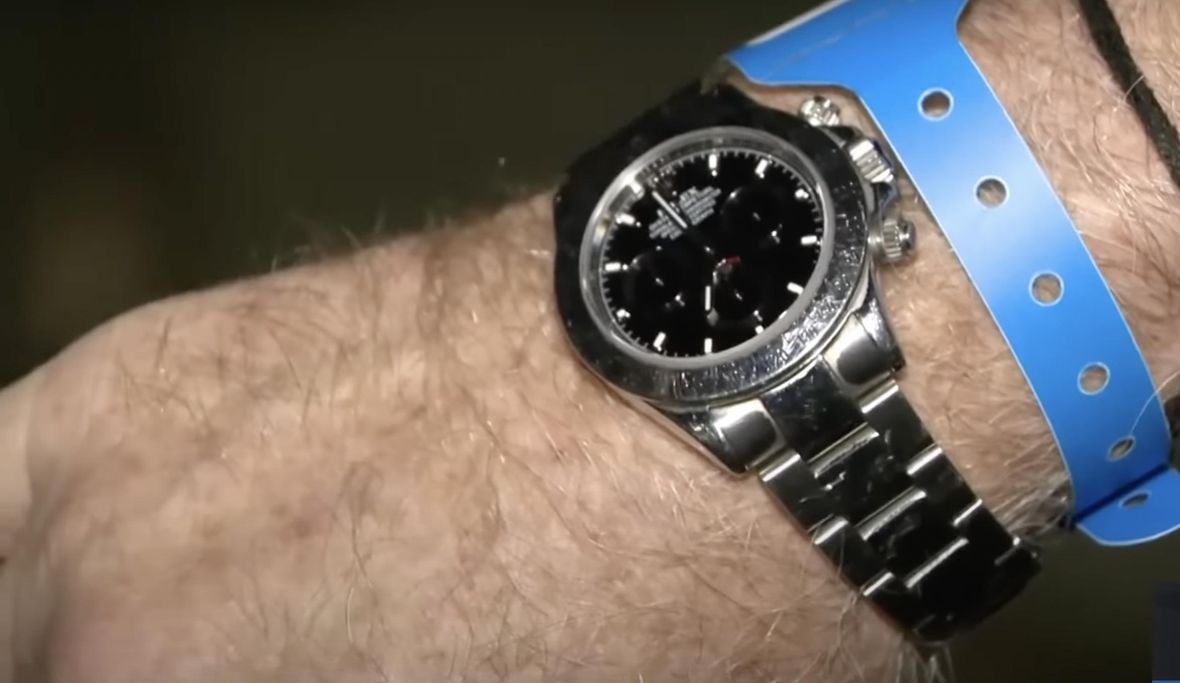 “I didn’t actually realize how bad the injury was, and standing on a street corner in the cold, my head was hurting, I was bleeding,” Titus told KPIX. “I just wanted to get home and bandage my head and go to bed.”

He didn’t call 911 because he said he was expecting a delayed police response, KPIX said.

The next day — Halloween — Titus went to a hospital to get checked out, KPIX said, adding that he suffered a severe concussion and needed five staples in the back of his head. 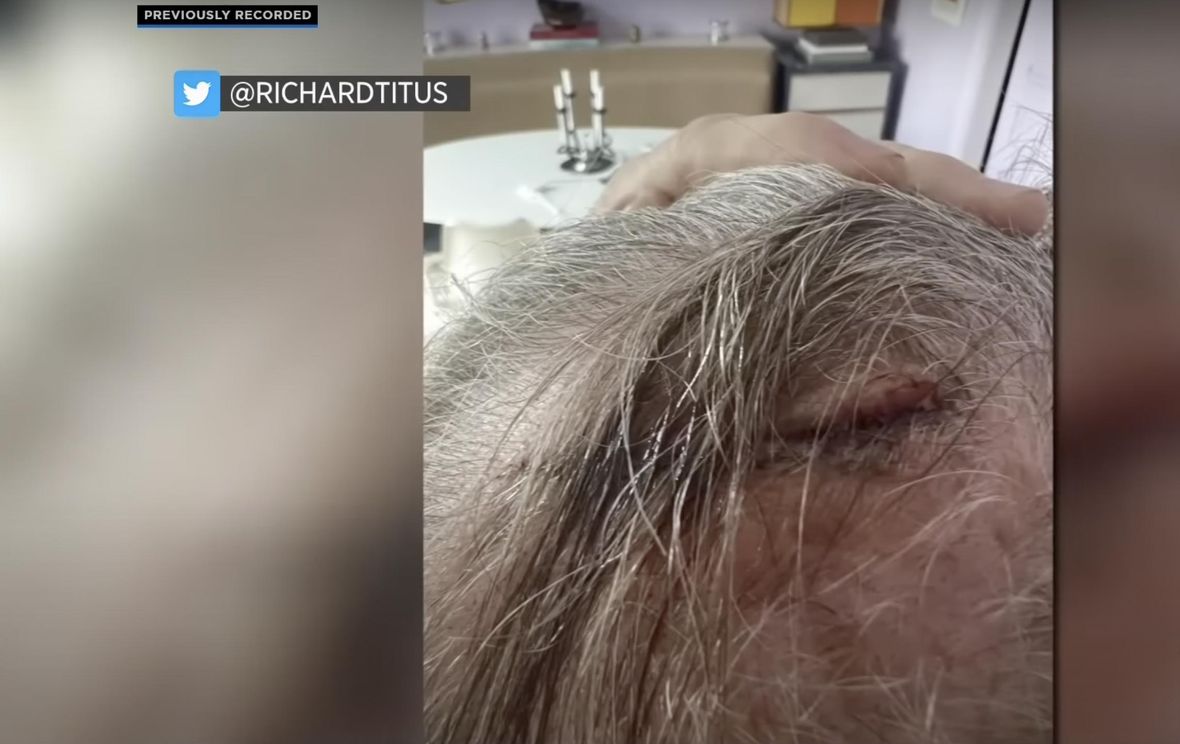 Hospital staff called police to take a report, but no one showed up during his 10-hour stay, KPIX said, adding that city police later told Titus to go into the police station and complete the report.

“I was disappointed they didn’t come for the police report,” he told KPIX.

Eventually an officer visited him Tuesday afternoon to finish the report at the residence where he’s currently staying, KPIX said — but Titus added to the station that he believes the visit happened because of social media attention on the attack.

“I’d like to see some action from law enforcement and the city,” he told KPIX. “I think there needs to be a tighter relationship between the mayor’s office and the enforcement, and the third thing is I’d like criminals to be held to account.”

“I always felt safe in San Francisco, even in the dangerous years, 15 years ago,” Titus noted to KPIX. “But even before this experience, it feels more menacing, and the police response seems slower.”

He added to KRON that “I’ve never been mugged before, I’ve definitely never been assaulted before by strangers. It felt a little scary given I’m in the city I love.”

Titus told KRON his attackers have a darker complexion and wore hoodies; one had a baseball cap. He added to KPIX that they are around five feet tall.

Police told KPIX they’re investigating the incident, and while no arrests have been made, anyone with information can anonymously call the police tip line at 1-415-575-4444 or Text a Tip to TIP411 and begin the text message with SFPD.

Titus also told KPIX he was sober during the entire incident and that he’s been sober for the last 30 years.